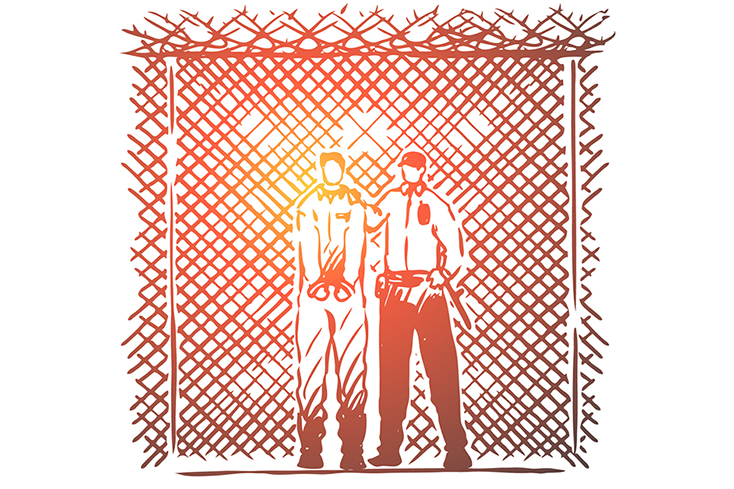 When the hallucinations came, I thought I could see stars raining onto my hands. It wasn’t my first time handling symptoms, but it was the first time I lost control. Little did I know that, only days later, I would be in jail.

I probably don’t need to tell you that the criminal justice system is not the place for people suffering with severe mental illness. To me, the fact that I ended up in jail during an episode of psychosis shows the extreme lack of compassion in the criminal justice system. A society without compassion will always seek to vilify, demonize and mercilessly persecute offenders without asking why.

To create change, we need to ask why, and build compassionate answers.

When I Had My Breakthrough Episode

I had my first episode of psychosis in my dorm room at Boston University. After that happened, I transferred to a small university in my hometown, chased by voices each day. The only thing I had was the love and understanding of my family, a resource that is sometimes rare for many. As I walked the stage to accept my honors diploma, I still had voices at the helm.

Years passed, and I thought with voices, I would just have to manage. I had no insight into the framework of my disorder. I didn’t know the components of the storm. I fought each day to not be the hushed secret that is mental illness. I thought peace was a thing of the past. Joy and salvation were things I had to fight for, harder to see in the ill dense fog.

Then, in 2014, I lost control at my desk while working at a major tech firm. I felt the earth move beneath my feet, shape shifting my sense of ground, to the suffocating moves of quicksand. I was sinking. Doctors later called it a “breakthrough episode,” where my bipolar symptoms broke through the barriers of medication. I heard the voices of my coworkers, threatening and menacing. I fled from my workplace, deserting a mandatory meeting.

When I Was Arrested For Having Mental Illness

I wandered Chicago north-side streets with no sense of reality, and no sense of right and wrong. At this time, if anyone asked, I would be unable to tell them my name, as I walked clouded with hallucinations and delusions. I was a volunteer at the Art Institute of Chicago, and life now resembled the surrealist paintings there. There was no way for me to detect real life. I wandered the streets and my mother called the police, filed missing persons reports. The police told her there was nothing they could do because I was an adult. They couldn’t act until something happened.

I managed to find myself at O’Hare Airport, where I heard and felt gunshots and explosions. The delusions convinced me the airport was under siege. The delusions were not real, but they were real reflections of collective memory. The pieces of witnessing real American mass-shootings and violence were condensed into these hallucinations.

I thought the airport was under terror attack. I found a family beside me, and I immediately thought they would need my help to flee the violence. The young mother had a child nearby. I picked up the child to help them reach safety from the panic only I could feel. I took several steps. One step too many. The mother took the child back from me within moments, seconds. I continued to walk through the airport, unaware of what had happened.

Hours later, several police officers circled me. They threw me in Chicago’s notorious Cook County Jail. They charged me with aggravated kidnapping. In many ways, I thought I watched my future come to an end.

When I Finally Got Treatment

My remorse is immense for these events and hits me in waves each day. I was acquitted by “not guilty, reason insanity,” after a year languishing in jail, with shoddy medications, alienation and demonization. The Cook County Jail is the biggest mental health care provider in the region, if not the country, but only after it locked you in, labeled you an outcast, a threat, non-human.

I had no criminal history, but that didn’t matter to the system. The color of my skin was an added sin too. The Treatment Advocacy Center reports that people with mental illness are “16 times more likely to be killed during a police encounter than any other civilians.” Perhaps I am lucky I left O’Hare alive.

I was sent to the state hospital with its own set of horrors, but I did find the treatment I needed. I found the medication that would put me on the hallowed path to stability. A strength and concrete steadiness I cherish now, as I have not heard a single voice for years.

I now have a blessed quiet I didn’t think was possible. I am charmed with the sounds of family, the laughs of my nephews, real and stable and sweet. However, the grasp of the criminal justice system still hasn’t ended. It took me six years to be granted the opportunity to reach a better place.

When I Worked To Create Change

The state hospital didn’t function for the discharge of patients. Instead, many people found themselves trapped inside a stereotypical snake pit without anyone to advocate on their behalf for years or even decades. On average, a “not guilty, reason insanity” defendant committed to a mental hospital is confined for twice as long as people found guilty and sent to prison.

The criminal justice system is not sure whether it functions to treat or incarcerate, so oftentimes you get both. Prosecutors often have a knee-jerk reaction to keeping people in a locked hospital setting, dismissing any treatment-oriented progress being made and relying instead on fear mongering in front of a judge of what “could” happen upon release.

To bring about meaningful change, the system itself has to be restructured and it starts, quite plainly, with having compassion, implementing real mercy into the constructs of the system. Understanding the mental is not inferior to physical. An illness can claim the best of us, and through compassion we are restored.

I was lucky enough to advise and participate in a new co-responder training for an Illinois Police Department’s mental health calls. The most common question asked by the officers was “what are we supposed to do?” The answer is be compassionate. Try grace and understanding. Ask questions. Maintain your compassion even if it’s hard. Have real diversion programs for people with serious offenses, too. Before we throw people who may be suffering into jails to waste away for a lifetime. Believe that no one chooses mental illness and treatment does work.

Olachi Tiffany Etoh is a Nigerian-American writer and aspiring entrepreneur in Maryland. She has written a memoir tenatively titled: In Dreamland. You can reach her at olachitiffany@gmail.com or on Twitter @OlachiTiffany.

We have suspended all in-person events indefinitely. We are now offering online support groups on Mondays at 6:15. Click here to learn more about how to access these free, peer-led groups. Our office remains closed to the public, but we hope to be able to re-open soon.

Shop with Amazon Smile. Select Alliance for the Mentally Ill of Greenville when prompted to choose a charity, then shop like you normally would! 0.5% of your purchase will go to NAMI Greenville.
Reaching Out to a Loved One with Substance Use Disorder How the Mental Health System Failed Me
Scroll to top
Register for our Walk Kick-Off Event! 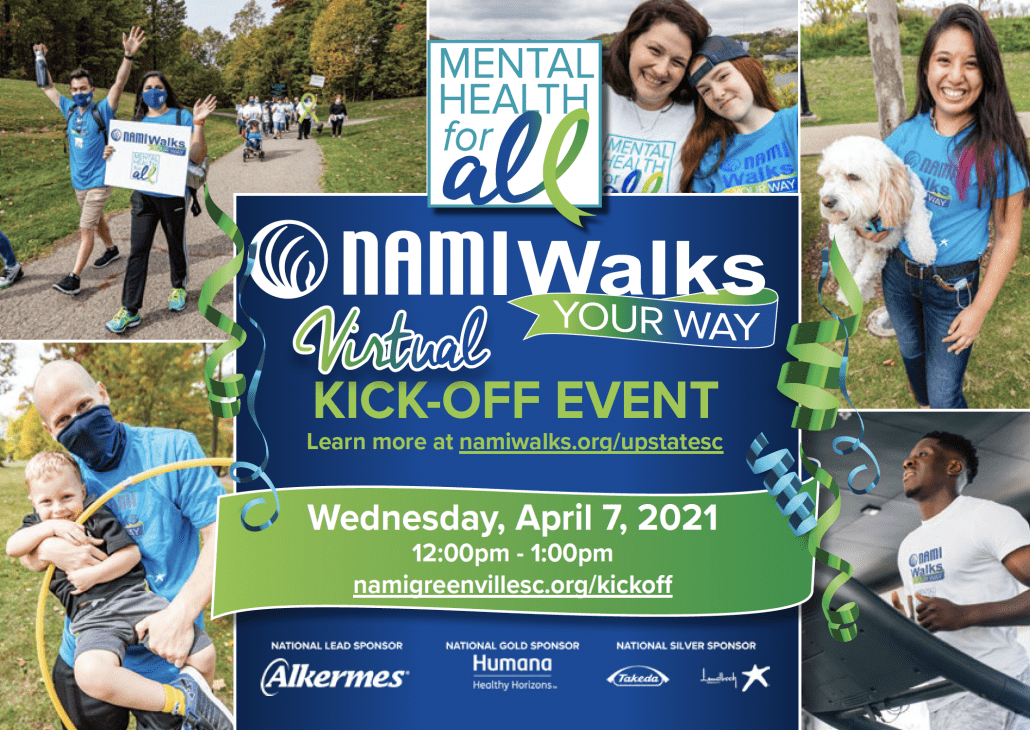