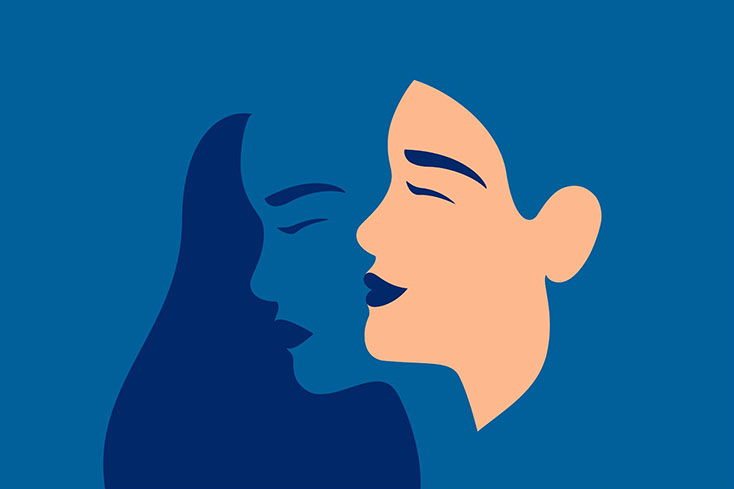 The highs and lows of bipolar disorder can both be extremely challenging. The name of the illness itself recognizes these two sides (depression and mania), but many people don’t fully understand the role of depression in bipolar disorder. Those who do, like our caregivers and treatment providers, seem to focus solely on the “mania” component of the condition. They often view the highs of mania as the most dangerous states to be avoided and tamed — and they may even find the depressive side to be a relief from the unpredictable highs.

Personally, I experienced extended periods of suicidal ideation due to prolonged periods of depression. I often explain the sides of bipolar disorder by saying, “It’s the mania that gets you into trouble, but it’s the depression that can kill you.”

Given that depression is the more pervasive symptom of bipolar disorder for most people, and given its detrimental impacts on so many areas of our lives, I believe caregivers and providers need to focus more on bipolar depression. Everybody’s experience is different, but in my in my situation, overlooking depression has prolonged and worsened symptoms for many reasons:

Delays in Getting a Correct Diagnosis
A depressive episode preceded my first manic episode, so I was diagnosed with and treated for unipolar depression. It was a year before I was properly diagnosed. This is common for people diagnosed with bipolar disorder — and the typical delay in getting a correct diagnosis is six to eight years.

The Consequences of Mania
Typically, after my manic episode, deep depression would set in. In fact, studies show that depressive episodes frequently follow manic episodes. It was a steep fall from the highs of my mania into severe depression.

My depression was worsened by the deep shame and embarrassment, guilt and regret I experienced due to my actions while manic. This behavior included frantic rambling emails, often stemming for paranoid fixations, other destructive behaviors, interpersonal conflict and public humiliation. As my mania subsided, I appreciated just how bad my behavior had been, contributing to my depressive symptoms.

The Aftermath of Hospitalization
My three involuntarily hospitalizations due to manic episodes were extremely traumatic. People with mental illness experience some of the highest suicide rates after psychiatric hospitalization. During the first three months after discharge, their rate of suicide is 100 times the suicide rate of the general population, according to a meta-analysis of studies. The weeks and months following hospitalization were certainly among the lowest points I have experienced in my life.

Lack of Caregiver Attention
My caregiver expressed extreme alarm over my hypomanic and manic episodes, but relatively little concern over my lows. When I started to become more exuberant, my caregiver was hypervigilant and focused on controlling my activities, insistent that I seek treatment and remain in constant contact with my psychiatrist to prevent a manic episode.

During my lows, my caregiver seemed relieved with my inactivity. He seemed unaware of the extent of my struggles, even though he was aware that I was often unable to get out of bed. I felt uncared for, isolated and abandoned, which worsened my depression. He did not insist on treatment and intervention like he did during my manic phases. I believe this contributed to my depression being undertreated.

The role of a caregiver in identifying and encouraging treatment of bipolar depression is critical. When we are depressed, we may lack a will to live, we may neglect treatment (such as missing appointments). We can lose hope and even cease communication. Caregivers are the best placed to observe these changes in behavior and activities and encourage treatment.

Lack of Treatment Focus
Likewise, my then-psychiatrist focused their treatment on preventing the next manic episode and hospitalization. On multiple occasions, I explained how severe my depression was and asked them to address it. They largely ignored my concerns. In addition, their treatment approach was highly sedating medication to reduce the risk of mania. This approach further contributed to my depression.

I was so highly sedated that I could not work nor have normal social relationships. My psychiatrist also discouraged social activities out of concern for the stress they might cause me, possibly triggering a manic episode. I felt as though the treatment focus was minimizing the suffering of others who had to deal with me rather than actually helping me. I resigned myself to this lesser life, which significantly contributed to my depression.

My psychiatrist refused to take calculated risks that could have improved the quality of my life. For example, they did not prescribe antidepressants which they feared might trigger a manic episode. As a result, I believe my depression was undertreated. I believed that there was no effective treatment for my depression which was incredibly disheartening.

Activity Being Equated to Mania
Depression can lead to extreme lethargy and lack of motivation, which can make it extremely difficult to take part in the normal activities of life. Disappointingly, practitioners may view moments of optimism and activity that break through the depression and inactivity as a reason for concern.

Our caregivers and doctors may mistake these signs of life for early signs of mania. Their preemptive efforts to prevent the potential manic episode can also reinforce the inactivity. This can keep patients in a depressive state.

Ultimately, bipolar depression is ignored, minimized and dismissed all too often. I lost over a decade of my life to depression, which still causes me deep sorrow. It’s even more tragic that so many people lose their lives to suicide.

Too often, actions and factors that can worsen depression are considered acceptable in order to prevent mania. This only makes it significantly more difficult to overcome depression and extremely difficult to reach recovery. It is a vicious cycle.

I am now happily living in recovery, and I have been relatively depression-free for several years now. Now, my caregiver acts on my depression, my doctor cares equally about the highs and lows and I’m finally on the appropriate medication. Notably, acknowledging and treating my depression also addressed my mania. Since being effectively treated for my depression, I have not experienced a manic episode. I am living proof that the highs and lows deserve equal attention and respect and care.

Katherine Ponte, B.A., J.D., MBA, CPRP, is a mental health advocate, writer, entrepreneur and lawyer. She has been living with severe bipolar I disorder with psychosis and extended periods of suicidal depression for 20 years and is now happily in recovery. Katherine is the Founder of ForLikeMinds, an online mental illness peer support community. She is a Faculty Member of the Program for Recovery and Community Health in the Department of Psychiatry at Yale University’s School of Medicine. Katherine is also the Founder of BipolarThriving, which provides bipolar recovery coaching, and the Creator of Psych Ward Greeting Cards, which visits and distributes greeting cards to patients in psychiatric units. She is a member of the Board of NAMI New York City and Fountain House. Katherine is the author of ForLikeMinds: Mental Illness Recovery Insights.

Shop with Amazon Smile. Select Alliance for the Mentally Ill of Greenville when prompted to choose a charity, then shop like you normally would! 0.5% of your purchase will go to NAMI Greenville.
Are You Really Treatment Resistant?How Mindfulness Helped Me Cope with My Husband’s Suicide
Scroll to top