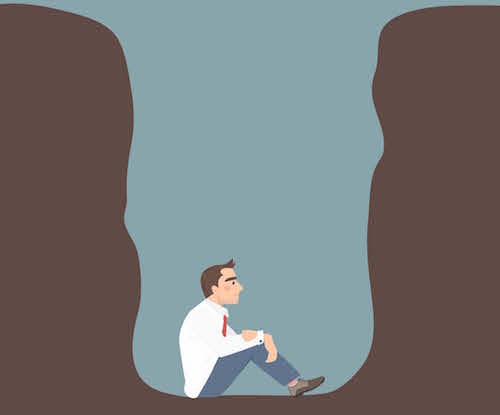 For the first few months after my wife’s suicide in August, I was in shock. There were so many details and questions spinning around my head that I didn’t have time to process my emotions. But as November arrived, and the free meals stopped coming, I started to feel the pain and loneliness more. I still tried to process everything, but the emotions crept up on me.

A few times I got teary-eyed or cried in public, but I saved my most vulnerable moments for the privacy of my home. Rachel used to complain that I didn’t cry or show sadness. Something happened in our relationship where I felt like I couldn’t cry. I still felt sadness and despair at times, but couldn’t quite express it like I was able to in previous years. It was as if I buried my emotions too deeply to access.

That all changed after Rachel’s death. I learned to cry again. In the privacy of my home when the feelings built up, I found new ways of crying I didn’t know I was capable of. The hurt came from within and the crying turned into wailing or moaning. There’s no other way to express the feeling and get it out. But you have to. The feelings don’t go away, and they need to be confronted before you bury them or turn them into something else.

I don’t know entirely what other grief is like, but dealing with suicide felt like being in a hole. People recognize you’re in a hole and often come by to look down and ask how you’re doing. You want to say: “I’m in a hole, so things could be better.” Instead, you say you’re “okay.” But what you want most is for someone to just throw you a rope.

It takes a while to figure out how to get out of that hole, so you end up spending some time in there. What’s often the most comforting is when people come by to talk and spend time with you. They may not know what it’s like to be in a hole such as yours, but at least they offer their time and attention when you probably need it the most.

The healing process isn’t quick. It takes time. There are some moments when the light shines through briefly and then things get cloudy again.

One night, I dreamed I was walking on a dock, pushing a cart piled so high with items I couldn’t see past it — like a wall blocking my view. I was surrounded by bad weather with wind, darkness and rain everywhere I looked. Then I met a man who told me something about being positive, and the next thing I knew, just to the right of the cart in the distance, a beautiful ocean appeared beneath a shining sun. I cried because I was so happy and relieved.

In those moments, I find hope because I know the bright and sunny parts of me can still surface, even within the darkness of the hole.

The following story is adapted from Duncan’s book entitled “Rachel: A true account of a life and summer never to be forgotten.”

Gregory Duncan is a musician, educator and writer living in the Pacific Northwest after stops in Texas, Chicago, Virginia and Spain. When he’s not taking care of his two compassionate, energetic dogs, he is usually playing the trumpet, reading or writing.

Shop with Amazon Smile. Select Alliance for the Mentally Ill of Greenville when prompted to choose a charity, then shop like you normally would! 0.5% of your purchase will go to NAMI Greenville.
Learning to See My Depression and Anxiety as a Gift