Disgust is an emotion I never gave much thought. It was just something that happened to me if I caught a stomach virus or ate something disagreeable. But after practicing psychotherapy for several years, disgust emerged as an important emotion in trauma healing. 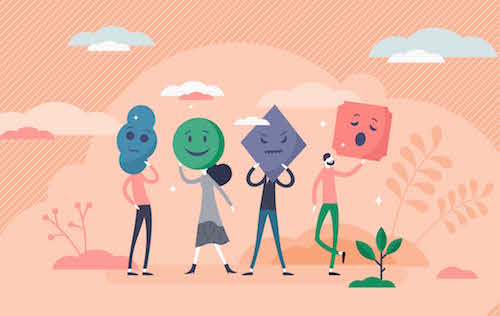 For example, Kyle, a man in his forties, wanted help with his depressed moods and chronic anxiety. He told me his mother was a cold, uncaring woman who consistently lied, manipulated and scared him.

His insight of how his mother’s behavior affected him was impressive, one of the positive results stemming from years in psychoanalysis. However, he had never thought of himself as a survivor of attachment trauma.

Even though others thought he came from a “fine family,” I thought of Kyle as a victim of an emotionally abusive relationship and childhood emotional neglect.

Disgust Is A Core Emotion

During our first session, I taught Kyle about the relationship between core emotions and trauma symptoms, like anxiety and depression. Core emotions tells us something important about how our environment is affecting us. We benefit greatly when we learn to listen to core emotions.

Through no fault of his own, he had coped with his childhood emotions the best way he could, by burying them, which happens unconsciously. I showed him how getting in touch with previously buried emotions stemming from past abuse can ease chronic anxiety and depression.

As a precursor to our work, I taught him how to ground and breathe. Grounding and breathing lowers anxiety in the moment, allowing the deeper emotions to safely surface and move through the body to their natural endpoint.

Disgust Often Comes Up When Deep Trust And Love Is Betrayed

During one memorable session, Kyle was sharing the way his mother would humiliate him if he didn’t get an A in school. “Are you a big dummy?” she would say, taunting him until he cried. I asked him, “Kyle, as you sit here with me now sharing this memory, what emotions do you notice?”

“She was just so vicious,” he said. “Sick! I would never even think to talk to my son that way,” he said with an undeniable look of disgust on his face.

Validating Disgust Can Decrease Anxiety And Shame From Trauma

Seeing the look of disgust on his face, I asked what emotion he was aware of experiencing. Emotional health means being able to notice and name the emotions we are experiencing in the moment.

“I think it is disgust,” he said. “She does disgust me,” he said with contempt on his face.

“That’s such great noticing,” I affirmed. “What are the sensations in your body that tell you that you are disgusted?” Core emotions are physical sensations that prepare our body for survival actions, which we feel as impulses, like fleeing. Emotional health also entails being able to tolerate the physical sensations our emotions naturally evoke.

“It’s like I want to throw up.” We can sense disgust physically as: revulsion, nausea, the impulse to get something out of you, like an abuser a person has internalized.

“Stay with it. What does the feeling of disgust tell you that it wants to throw up and get out of you?”

“It’s like a thick black goo. And, I see her. My mother!” he said. “Get away from me!” he shouted caught up in the past memory.

When A Person Processes Disgust, They Can Reach A Calmer State

Disgust is a core survival emotion that makes us want to expel something toxic to us. Kyle’s brain had rightly deemed his mother poisonous and associated it both with an image of black goo and the emotion disgust.

“Stay with the feeling of disgust. Don’t move away from it or fear it. It’s just a feeling from long ago that you can now handle. Let’s make space for it.”

Kyle focused inward breathing deeply, as we had practiced together. His breathing was audible and his inward focus intense. After about five breaths, his face softened signifying that the wave of disgust was coming to an end.

“What are you experiencing now?” I asked.

“It’s better. I feel calmer. I think I’ve been needing to release that.”

“Can you stay with the sadness to learn what it’s telling you?”

A tear ran down Kyle’s cheek. “It’s very sad that I was born to such a damaged mother.”

Following that session, we processed other emotions stemming from his childhood including anger, fear and sadness. Kyle’s depression continued to lift and his anxiety was replaced with more confidence and compassion towards himself, his wife and children. Processing the disgust was pivotal in helping him more clearly define himself as a good person and understand that how his mother treated him, and the resulting anxiety and depression, was not his fault.

Being abused by someone who is supposed to love and care for us naturally triggers disgust in our emotional brain. Disgust can be thought of as a message that tells us someone is or was toxic to our wellbeing. Identifying and processing disgust, no matter how long ago our abuse occurred, can be a turning point for our recovery and a doorway back to our most authentic self.

Hilary is author of the award-winning book, It’s Not Always Depression: Working the Change Triangle to Listen to the Body, Discover Core Emotions, and Connect to Your Authentic Self (Random House & Penguin UK, 2018). She received her BA in biochemistry from Wesleyan University and an MSW from Fordham University. She is a certified psychoanalyst and AEDP psychotherapist and supervisor. She has published articles in The New York Times, Time, Oprah, and her blog is read worldwide.

Shop with Amazon Smile. Select Alliance for the Mentally Ill of Greenville when prompted to choose a charity, then shop like you normally would! 0.5% of your purchase will go to NAMI Greenville.
April Member Spotlight

Being Socially Isolated With Mental Illness: A Perspective For Loved Ones
Scroll to top