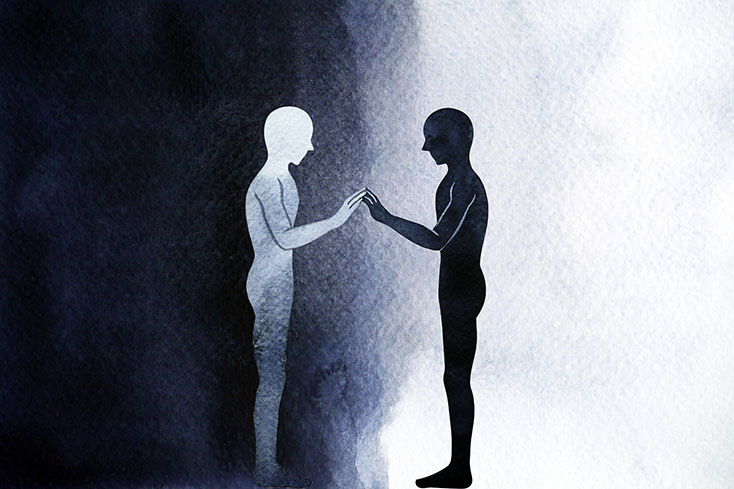 On February 17, 2020, I was at a crossroads, deciding whether I wanted to live or die. After contemplating suicide for two days, it seemed like that was the only answer. I had battled depression for years, but I never told anyone how I was feeling.

I was raised to believe that discussing mental health — or any feelings at all — was a sign of weakness. I was told that the only way to address emotional issues was to “get over it.” So that is what I did. But burying the pain and ignoring my feelings, I would come to learn, was not the answer to my recovery or inner peace.

I Hid My Depression From Everyone Around Me

I internalized my pain and “got by” for years. I got married, raised a beautiful daughter and began work as a probation officer, which I loved. But in the Fall of 2019, I began to feel different, both physically and emotionally. I withdrew from everyone around me, becoming visibly distant, but always pretending that nothing was wrong.

My wife would ask me if I was all right, and I would say yes and come up with an excuse about work or something else. My symptoms, however, continued to intensify; I could feel something was going on in my brain, but I just couldn’t explain it. I was profoundly sad, and I had recurring thoughts of worthlessness. I experienced a constant internal monologue of negative self-talk affirming my low opinion of myself.

Without Help, My Symptoms Began To Escalate

About two weeks prior to reaching my crisis point, I told my wife for the first time that I wasn’t feeling “right,” and I had made an appointment with a counselor. Due to the counselor’s schedule, I would have to wait for weeks for my appointment.

I told myself I would hold on — but, again, I was lying to myself. The thoughts of suicide became more intense as the days went by, and I waited for the “miracle” of seeing a counselor. The weekend before my appointment, I became so consumed by thoughts of ending my life that I developed a plan to harm myself.

On February 17, 2020, my wife left for work. It was a government holiday, so I stayed home. My daughter was leaving to return to college after visiting home for the weekend. As I watched her drive down the street, I believed that this was going to be the last time I saw her. I started to cry and begged God to help me. I struggled with both wanting and not wanting everything to end.

As I grappled with this inner conflict, a voice told me to call someone. I picked up the phone and called the Indiana University Health psychiatric floor. I told the person on the other line that I was in trouble, and he responded by telling me they did not have any beds and to call outpatient services.

I followed his instructions, but my call to outpatient services went to voicemail. I called the psychiatric floor back and insisted that I desperately needed help, only to be referred to the local emergency room. Finally, I called my wife and told her that I was suicidal. She came home and took me to the hospital.

Getting The Right Help Saved My Life

At the hospital, I completed an evaluation and was admitted to a psychiatric care facility for four days. I was ashamed and humiliated at first. But after the hospitalization and participating in a month-long outpatient treatment program for my depression, I gained a whole new perspective.

Being in a support group with others struggling with the same issue was eye-opening — and, frankly, a relief. With the help of this new community, I was able to cope with my symptoms and learn to pay attention to my feelings. For the first time, I truly understood that I had resources and people who cared about me who were willing to help.

This new perspective, and my subsequent recovery, would not have been possible if I had chosen to end my life. I took a chance on asking for help, and, as a result, I am still here today. I did more than survive — my life has become enjoyable and fulfilling.

Being vulnerable and asking for help is scary, but with the help from the right people, that feeling is short-lived. I hope that by sharing my story of recovery, anyone experiencing symptoms of depression will feel empowered to seek help. I found a way back, and so can you.

Joe Dibert is a probation officer, a proud husband to Beth and a proud father to Lauren. After learning to manage his mental health condition with medication and help from others, he hopes to share his story — as a part of his own recovery and as a tool for helping others in a similar situation.

All in-person events remain suspended at this time. However, we continue to offer free online support groups, educational classes, and events to the public. Our office has also moved to 130 Industrial Drive Suite A, Greenville, SC 29607. We remain closed to visitors for the time-being. Continue to check our website and social media for updates.

Shop with Amazon Smile. Select Alliance for the Mentally Ill of Greenville when prompted to choose a charity, then shop like you normally would! 0.5% of your purchase will go to NAMI Greenville.
Supporting Adolescent Mental Health During a Pandemic and Back to School What Are the Warning Signs of Depression in College Students?
Scroll to top 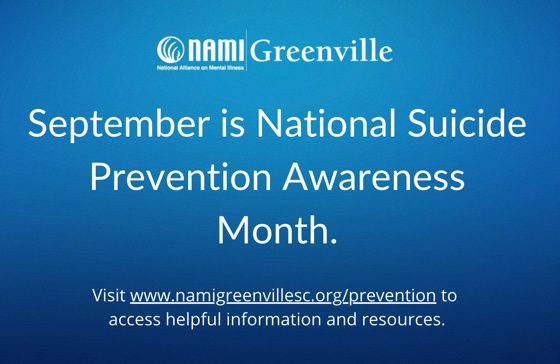