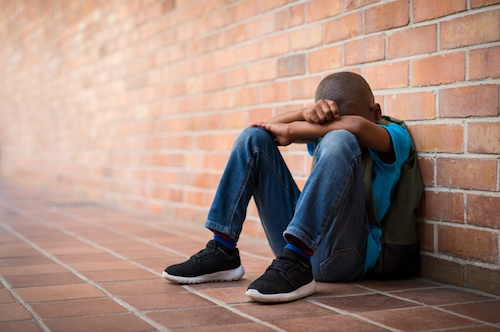 Many school systems are geared to educate students who are able to sit quietly in a seat for most of the day, can readily absorb subject matter, and are able to score “proficient” in standardized testing. They have not experienced trauma, have no behavioral problems and are fluent in English. These students don’t require special learning assistance, and have neither a physical nor mental health condition.

Children who do not meet this profile, and their parents, are much more likely to struggle with school staff, particularly in urban school districts serving children from low-income families.

As an attorney who has represented students and parents in education law matters for 40 years, I have heard many parents express frustration with how they and their children with disabilities are treated in schools. They feel that their input is not valued – that they are disrespected by school staff who want parents to accept what is prescribed without question.

I believe that my clients’ feelings are generally justified. I’ll explain this view and suggest how such feelings can motivate individual advocacy and efforts toward reform.

Preserving School For The “Good” Ones

Admittedly, parents and students do not come to advocates like myself for help in expressing gratitude for the excellent work of many school staff members. But complaints take on a common pattern. In fact, any experienced school advocate, as well as many progressive educators, will tell you that school administrators often have a limited vision of their role: To produce a standardized educational product for those students who can access it, and to maintain order within school buildings.

I have found that school staff often express resentment for the burden of individualizing instruction for children with special needs, including those whose behavior can be traced to trauma. These staff, on average, are white and middle class to a far greater extent than the students they teach. They often lack empathy, exhibit overt and implicit bias, are eager to blame “irresponsible” parents and “deficient” students for concerns, and believe they are inappropriately asked to solve all the world’s problems.

I once heard a school superintendent acknowledge this tendency with sarcasm. Urging his colleagues to accept their lot and stop deflecting blame, he said: “I’ve never known a parent to leave their best children at home and send the rotten ones to school.”

Some educators even believe that kids who do not go along with the program are best excluded so that school is preserved for the “good” ones. This selection process is accomplished in some tried and true ways.

Children with disabilities have long been neglected by school districts. The federal law now known as the Individuals with Disabilities Education Act (IDEA), requires maximal inclusion of students with disabilities in the educational mainstream. It was motivated by stark segregation of children with special needs in, for example, wholly disconnected trailers outside the main school building.

Though the law brought improvements, bad attitudes and practices persist. For example, in 2016, the Department of Justice sued the state of Georgia for placing students with emotional and behavioral issues in a separate and unequal statewide school system that featured a non-individualized and depleted curriculum.

Such educational neglect of students in segregated settings is not uncommon. My student clients in so called “disciplinary alternative” schools described their days as filled with worksheet instruction bearing no relation to a coherent curriculum. Some told me that they did the same worksheets year after year.

The best way to handle disruptive conduct is to engage kids in learning, while positively enforcing good behavior. Yet a well-intentioned curriculum director of such a segregated school once told me that efforts were focused almost exclusively on controlling behavior. Teaching was not a priority.

Pushing Out Students With Disabilities

Some schools combine counterproductive school disciplinary and criminal justice practices with segregation and bad teaching to, as advocates put it, “push out” students with disabilities. This happens most to those of color, who are less likely to be perceived as needing help, and more likely to be considered dangerous and unsuitable for mainstream schools.

Students who sit in classrooms bored by inadequately tailored or depleted curricula will tend to act out, often resulting in school exclusion or even arrest by school police. Though it makes no more sense to punish kids by denying them an education than to withhold food or shelter, excluding children from school has long been and remains the primary disciplinary tool.

Literally every study and statistical analysis ever done shows gross disproportionality in the exclusion of students of color and those with disabilities. This includes studies that control for severity of infraction and students’ disciplinary history. Bias in discipline is further confirmed by comparing treatment of objective rule violations, like drug possession, with subjective ones like “disrespect.” The more subjective the rule violation, the more dramatic the disparities.

Students who sit in classrooms where there is no genuine attempt to teach, or are excluded from school as discipline for minor reasons, tend to get the hint. They know when they are being thrown away. They understandably feel unwelcome, lose connectedness with school and drop out in droves. Unfortunately, this decision has the long-term effect of consigning kids to the life of poverty experienced by most people who do not obtain a high school degree. Dropouts are disproportionately unemployed and imprisoned. They are more likely to have chronic physical and mental illness, and they die sooner than high school graduates.

What Can Parents Do About This?

Parents who try to advocate for appropriate educational programs for their children with disabilities find that the deck is stacked against them. They routinely report being outnumbered and intimidated by school staff at “Team” meetings at which educational programs are devised. Parents are urged to trust the assembled “experts” who know better than they do, but who push them to accept interventions that happen to mirror what the school has available, appropriate or not.

With all of this said, successful advocacy is possible.

Parents can learn their rights under federal and state law from online sources or organizations and be effective advocates. They have more leverage than they realize. Knowing their rights can empower parents to view proposed educational programs critically and resist pressures to accept them. Parents with limited English proficiency, who might be asked to sign a document they can’t read and to sit through Team meetings without understanding a word, are particularly vulnerable. They must insist on adequate translation and interpretation and should never sign an untranslated document.

It is essential that parents fight disciplinary exclusions that turn kids off to school. Under law, when the conduct charged is a “manifestation” of a child’s disability they cannot be excluded for longer than 10 days annually except under extraordinary circumstances. But students whose conduct is obviously linked to their disability are often excluded anyway after pro forma hearings. Parents can and should appeal to their state’s dispute resolution office in these circumstances.

Finally, and perhaps most importantly, parents must organize to combat the push-out phenomenon, seeking out and joining those who share common concerns. There are many different strategies such groups can take. I know some that have exposed bad practices to scrutiny from local school boards and the public with protest actions and media coverage.

Some have fought successfully to influence key hiring processes and lobbied legislators for corrective legislation. In Los Angeles, parents who banded together to confront the disciplining and criminalization of their children were successful in getting the district to adopt new disciplinary policies.

The practices described in this piece are deeply ingrained. But there is growing recognition that they are immoral and counterproductive. Parents and students must oppose this discrimination and undue exclusion. The stakes could hardly be higher.

Phillip Kassel is an attorney and the Director of Mental Health Legal Advisors, a Massachusetts State Agency that provides legal and policy advocacy for poor people with mental health concerns. He has sought individual justice and systemic school reforms on behalf of students and parents for 40 years in the states of Massachusetts, Washington, and Minnesota.
March 27, 2020/by NamiGreenville
https://www.namigreenvillesc.org/wp-content/uploads/school-discrim-blog.jpeg 332 500 NamiGreenville /wp-content/uploads/nami-greenville-color-logo.png NamiGreenville2020-03-27 14:58:542020-03-29 15:09:26How Schools Treat Children With Mental Illness And What Parents Can Do About It
0 replies

Shop with Amazon Smile. Select Alliance for the Mentally Ill of Greenville when prompted to choose a charity, then shop like you normally would! 0.5% of your purchase will go to NAMI Greenville.
How To Ease Children’s Anxiety About COVID-19