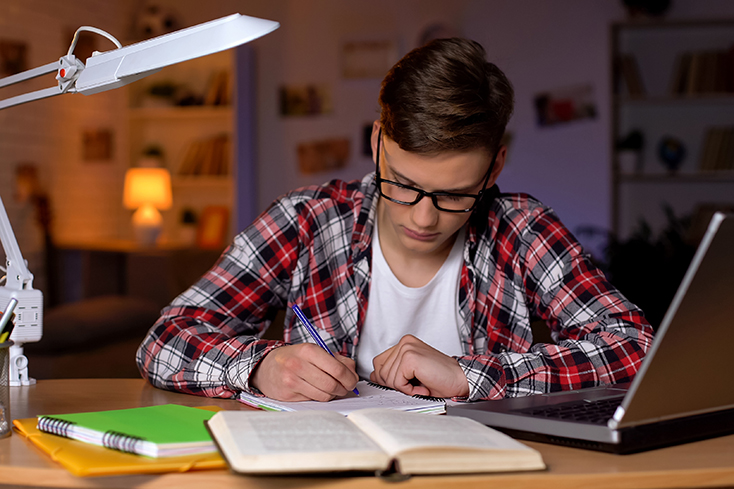 In 2018, at the Oregon Association of Student Councils Summer Camp, I sat among a group of student leaders from around the state to discuss issues we saw most often in our schools and districts. The recurring theme among all of us was that students were not mentally well. We were tired. We needed a break.

As these statements came up repeatedly in our discussion, the severity of this issue became clear. Students are under immense pressure — from academics, extracurricular activities and their families — and often cannot take breaks from school to alleviate that pressure. This realization sparked the flame that would change the lives of Oregon students: We needed mental health days. Schools should treat mental health and mental illness with the same legitimacy as physical illness.

With help from the head of Behavioral Health of Providence Health and Services, we formed Students for a Healthy Oregon. Together, we wrote our first bill concept, HB 2191, or “Chloe’s Law,” in memory of an Oregon student who died by suicide (also referred to as the “Student Mental Health Days Bill”).

After creating the bill, our group appeared before the House Education Committee at the Oregon State Capitol. We shared our personal accounts about anxiety, depression and panic disorders. We tried to represent the voices and concerns of our peers. As one of the five students who shared a story that day, I can say that our voices were heard. The committee members took what we said to heart, and even shared some of their own experiences with us.

However, we did face some opposition during our second committee appearance. Some of the senators expressed concerns that students who just wanted to skip school could abuse mental health days. They also argued that “the real world” doesn’t have mental health days. Our counterpoints were that even if students did take advantage of mental health days, the potential for helping students far outweighed the risk of those who could potentially abuse them, and that in the “real world,” professionals have the right to take sick leave at their discretion.

Despite the challenges, we subsequently won the vote on the Senate floor. In June 2019, Gov. Kate Brown signed the bill into law and made Oregon one of the few states to address the student mental health crisis, allowing students the opportunity to genuinely take care of themselves.

Following the bill’s passage, our group was flooded by press inquiries — the law was getting media coverage both nationally and internationally. Students throughout the country reached out for help to create similar bills in their own states. We have received nothing but positive feedback, with students feeling happier and healthier. Many have expressed that their struggles are finally being validated. I have received so many messages from students stating that they’re making it through this year thanks to having the ability to take care of themselves without facing repercussions.

Mental health days were long overdue in Oregon, and are still overdue in many states, but they are within reach for all who wish to advocate for them in their communities. Ours may have been a small step in the fight to destigmatize mental health, but given how well it was received, it’s a sign of hope for more significant steps in the future.

Derek Evans is a student at the University of Oregon, Robert D. Clark Honors College, where he studies sociology and psychology and is a NAMI Youth Advisory Committee member.

Note: This article was originally published in the Spring 2020 issue of the Advocate.

Shop with Amazon Smile. Select Alliance for the Mentally Ill of Greenville when prompted to choose a charity, then shop like you normally would! 0.5% of your purchase will go to NAMI Greenville.
7 Myths About Pediatric Depression