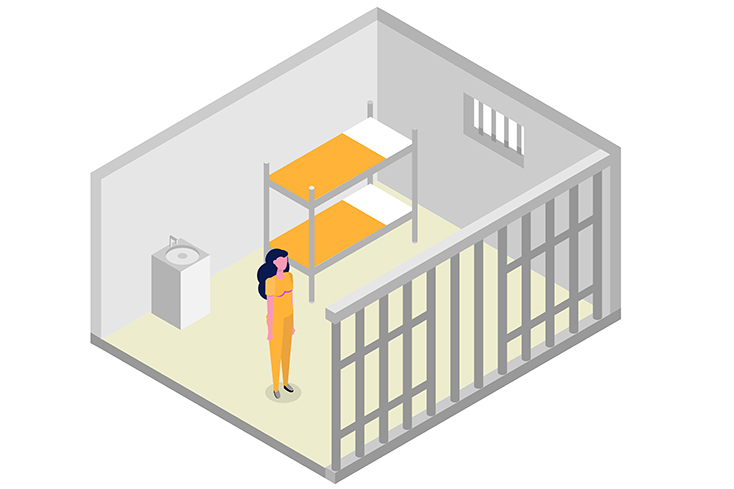 I was born into a divided and abusive family that lived below the poverty line. When I started showing signs of abuse and neglect, I was passed through several local mental health faculties whose clinicians diagnosed my behaviors as mental illnesses and placed me on psychiatric medications, including Zoloft, Tegretol, Tofranil and Seroquel, to name a few.

In school, I was placed in special education with diagnoses of emotional disturbances, oppositional defiant disorder, ADHD, personality disorder and the list goes on. No one helped me or even tried to address the trauma I had experienced as a child.

Sending Me To The Justice System Rather Than Treatment

When I could no longer function in a regular school setting, I was pushed into the juvenile justice system and had to attend a school with boot camp drill instructors that yelled and cursed at us daily during physical training and during normal class settings. Because of the abuse I faced on every level growing up, in addition to my experiences with the juvenile justice system, I never felt safe.

When I was 17 years old and released from the system, I literally could not function in society. I became “just another statistic” and fell into a life of substance abuse and even human trafficking. I became pregnant with my twins when I was 18, and within the first two years of their lives they were removed from my custody because I couldn’t be a stable mom or hold a steady job. I also failed multiple college classes in my attempt to break free from the internal torment I lived in daily.

Addressing My Trauma For The First Time

By the time I reached my early 20s, I was a ticking time bomb waiting to explode because I lacked proper developmental skills such as self-regulation, problem solving, critical thinking and emotional stability. My pain was medicated throughout all the years I was forced to survive unthinkable events. Not only did I never feel safe, but I also didn’t trust people because the men who had introduced me to the drugs and trafficking lifestyle were well respected in my community.

Somehow, I made it out alive after several suicide attempts, drug overdoses, and trips to jail and mental institutions that continued to fail me. When I began my healing phase after stumbling into a local college psychology clinic that actually understood trauma, and helped me through the healing phase, I decided to retrieve my childhood documents so I could have some closure. I didn’t realize that what I would find would set me on the path I am on now as an advocate and activist for at-risk kids and their families.

I retrieved almost 1,700 Child Protective Services (CPS) documents that detailed the torment I had lived through. I also retrieved school records, mental health records and juvenile records that documented the horrible mistreatment I had survived while clinicians labeled and medicated my pain instead of anyone holding my abusers accountable.

Many of these same clinicians had documented for nearly five years, from my childhood to my adolescence, that I was in an unsafe environment that was interfering with and damaging my overall functioning. I am convinced if our mental health system would have been trauma-informed, then the trajectory of my early adult years would have been successful and productive. Instead, I’ve had to face too many painful memories in order to heal.

It’s taken me more than a decade to clean up the aftermath of all my traumas. I decided to go public with my story when I worked for my local school district and sadly saw my own story repeating itself in today’s youth. This is a topic that needs daily national attention and I hope to use my voice as an agent of much needed change to reform our mental health system and systems alike.

Tabitha Ferguson is a first-time college graduate in her family. She graduated from Tarleton State University with a Business Degree and is currently working on her Master’s in Developmental Psychology, specializing in Child and Adolescent Development. She is a new author who wrote her first book, “My Innocence Was Stolen.” Tabitha is also passionate in her work as an advocate and activist for at risk youth and their families. She has opened herself up in her book to not only raise awareness but to help others find their way back from a life of tragedies.

Shop with Amazon Smile. Select Alliance for the Mentally Ill of Greenville when prompted to choose a charity, then shop like you normally would! 0.5% of your purchase will go to NAMI Greenville.
A Plea for Compassion as Someone Who Was Arrested During PsychosisNext Family-to-Family Course Announced
Scroll to top