IF YOU OR SOMEONE YOU KNOW IS IN AN EMERGENCY, CALL THE NATIONAL SUICIDE PREVENTION LIFELINE AT 800-273-TALK (8255) OR CALL 911 IMMEDIATELY. 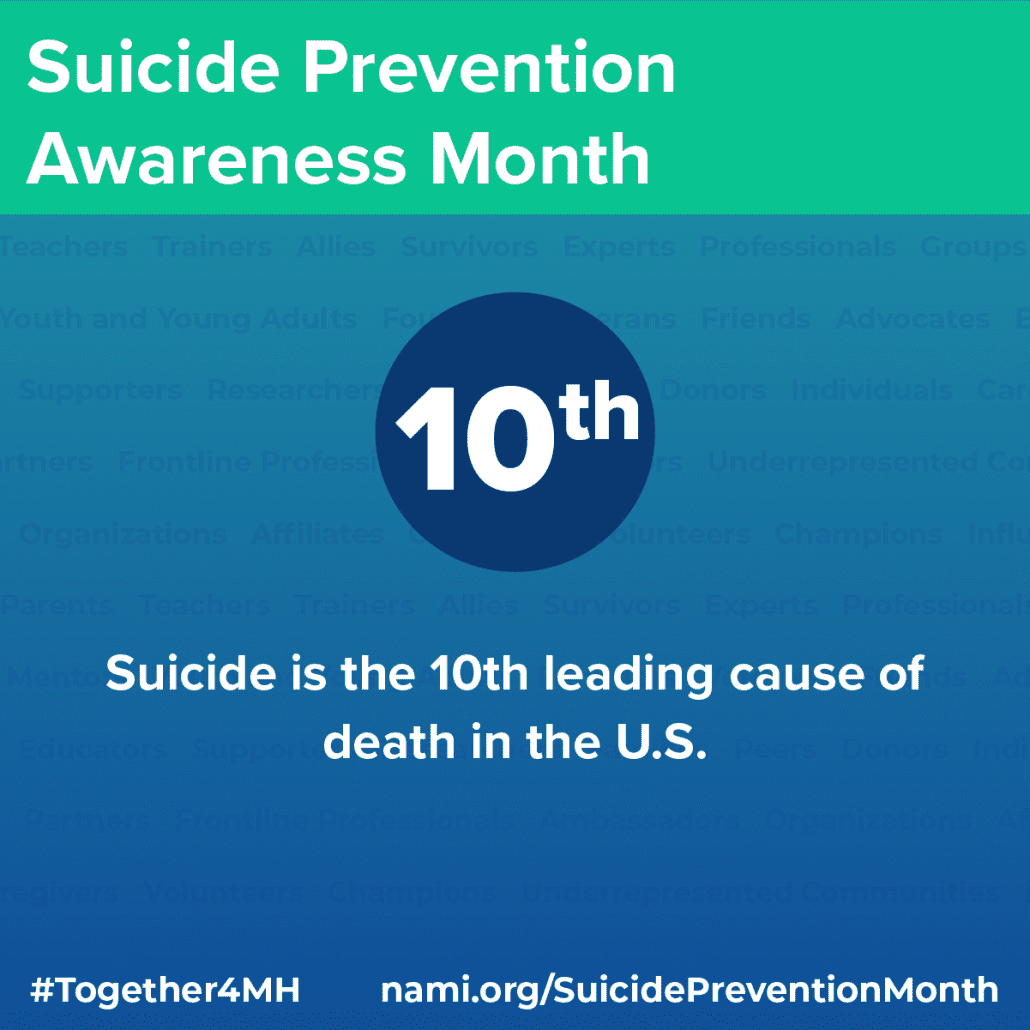 Every year thousands of individuals die by suicide, leaving behind their friends and family members to navigate the tragedy of loss. In many cases, friends and families affected by a suicide loss (often called “suicide loss survivors”) are left in the dark. Too often the feelings of shame and stigma prevent them from talking openly.

Suicide Prevention Awareness Month is a time to raise awareness on this stigmatized, and often taboo, topic. In addition to shifting public perception, we use September to spread hope and vital information to people affected by suicide. 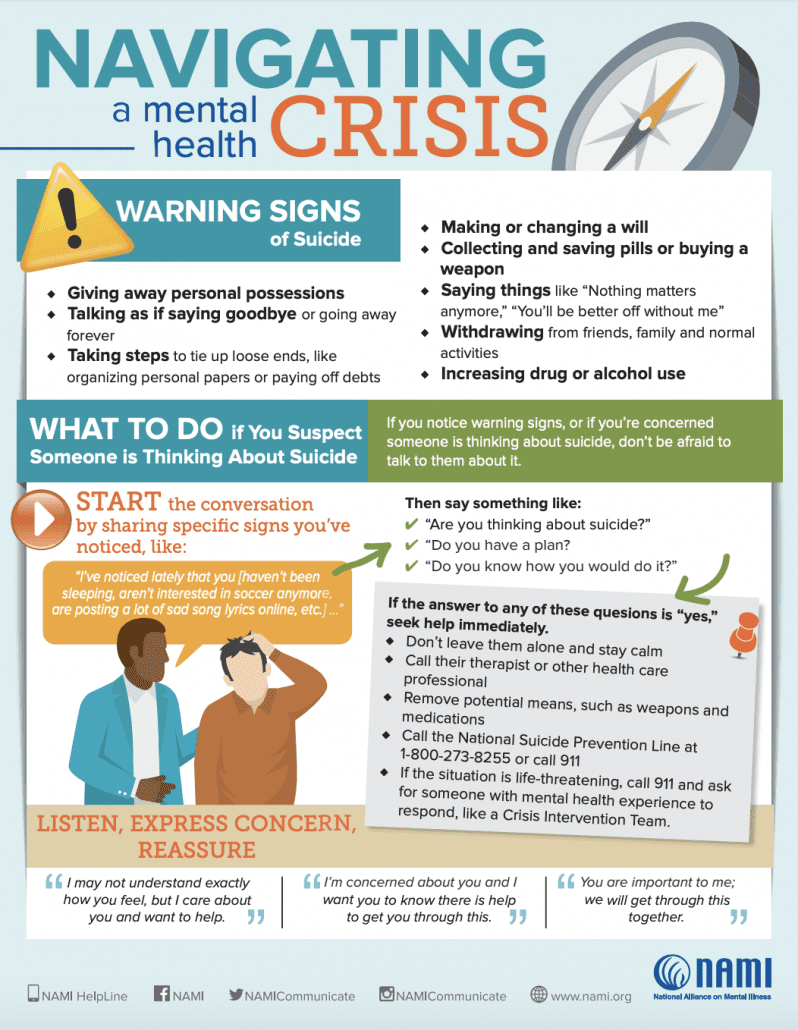 Shop with Amazon Smile. Select Alliance for the Mentally Ill of Greenville when prompted to choose a charity, then shop like you normally would! 0.5% of your purchase will go to NAMI Greenville.
Scroll to top