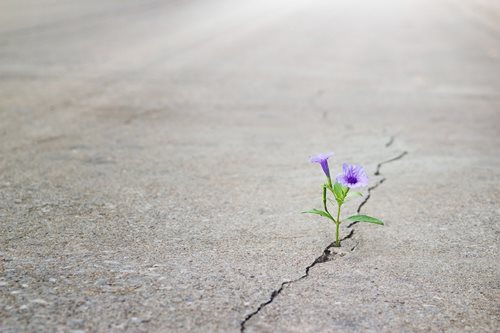 Talking about suicide is one of the best ways to prevent it. But how we talk about it is critically important. When addressing the topic of suicide, it is essential to convey messages of hope, healing and help.

The use of statistics (particularly those that reference the frequency of suicide) can alert people to the seriousness of the issue, but often convey little hope. Here are two alternatives that focus on prevention and offer hope:

Don’t be afraid to ask your loved one: “Are you having thoughts of suicide?” If the answer is yes, stay with them and call the National Suicide Prevention Lifeline and Veterans Crisis Line at 1-800-273-8255.

Lifeline’s BeThe1to Prevent Suicide Campaign: The BeThe1 campaign promotes the positive impact that one person can have on someone else—including saving their life. It offers simple steps for how to BeThe1 to promote suicide prevention.

CALM (Counseling on Access to Lethal Means): Another important suicide prevention strategy is to remove access to objects people can use to end their life. This free webinar offers suggestions such as cleaning out unused medicine cabinets and removing access to firearms.

Reporting on Suicide: Providing media with the recommendations for reporting on suicide can promote responsible reporting. If media covers suicide as an important public health issue and provides warning signs and the National Suicide Prevention Lifeline and Veterans Crisis Line number, news coverage can help reduce the risk for suicide.

NAMI NH’s Connect Suicide Prevention Program: Designated as a National Best Practice Program, this program provides community-based training in suicide prevention and intervention and promotes healing after a suicide. The program spans over 35 states, five countries and 25 tribal nations. The training results in increased knowledge and comfort level in how to prevent suicide and how to respond to suicide death. The Connect Program also provides training in promoting healing and reducing risk after a suicide and has a resource section for survivors of suicide loss.

Suicide is a complex issue—there are no simple reasons why someone would take their life. For those who have lost a loved one to suicide, the pain and isolation can be immeasurable and many suicide loss survivors contemplate suicide themselves. Please know that you are not alone. No one is to blame for suicide.

Ken Norton is the Executive Director of NAMI New Hampshire. Ken led the development of NAMI NH’s Connect Suicide Prevention Program which is designated as a National Best Practice program in suicide prevention, intervention and postvention. He has served on numerous local and national work groups and committees related to mental illness, suicide prevention, and military and veterans and has presented nationally and internationally. He is also a member of the Steering Committee for the National Suicide Prevention Lifeline.

Shop with Amazon Smile. Select Alliance for the Mentally Ill of Greenville when prompted to choose a charity, then shop like you normally would! 0.5% of your purchase will go to NAMI Greenville.