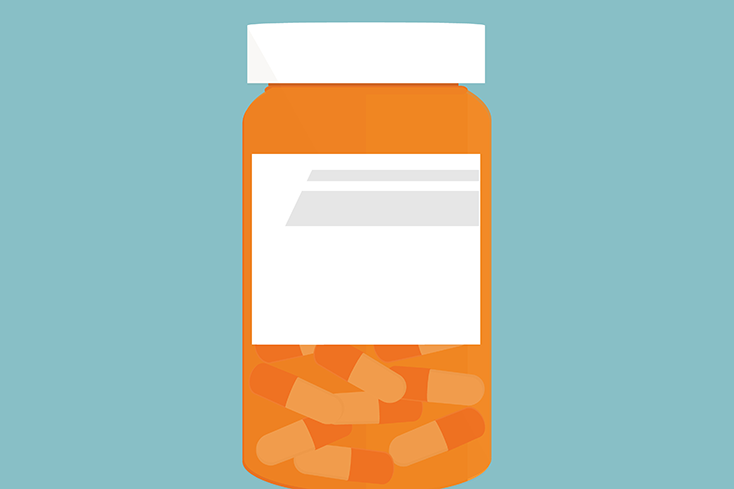 In a recent study in the American Psychiatric Association’s “Psychiatric Research & Clinical Practice,” lead and senior authors Christine Lu, M.Sc., Ph.D., and Stephen Soumerai, Sc.D., probed further into FDA public health advisories and “black box warnings” that were issued beginning in late 2003, 2005 and 2007. The advisories cautioned that children, adolescents and young adults taking antidepressants were at an increased risk of suicidal ideation and behavior.

The team produced the first long term study of suicide deaths following these warnings and their unintended effects. The Advocate spoke with Drs. Lu and Soumerai to learn more about the study: “Increases in Suicide Deaths Among Adolescents and Young Adults Following U.S. FDA Antidepressant Boxed Warnings and Declines in Depression Care.”

Q: These “black box” warnings about the risks to youth and young adults persist today. Can you tell us how the FDA arrived at this conclusion and what the warnings were intended to do?

A: The FDA issues warnings based on a variety of evidence about drug safety issues, from single case reports to randomized clinical trials.

Meta-analyses of industry drug trials — which were the basis for the warnings — found a 1–2% increase in the number of young people experiencing suicidal thinking at the start of their antidepressant therapy. However, these meta-analyses were biased. The majority of the trials had neither clearly defined measures of suicidal thoughts, nor ways of accounting for the many people who dropped out of the study, which distorted the findings.

Q: Tell us about your journey to study the results of these warnings. What inspired the research, and why have you stuck with it to this day?

A: We realized we had data in the Health Care Systems Research Network (HCSRN) to rigorously address some important unanswered questions about the impacts of the antidepressant warnings. Depression is one of the leading causes of disability worldwide, and some psychotherapies and medications have proven successful in reducing symptoms.

Only a few years after the warnings, several scientists began reporting that the warnings about antidepressants were causing unintended, large reductions in identification of depression, mental health visits and antidepressant use among youth, even among people with major depression for whom these represent first-line treatments. And these effects “spilled over” to adults and elderly people as well. At least three studies showed that the prior downward trend in youth suicide deaths may have reversed.

However, the later studies only included one or two years (of observations) after the initial warnings, so these findings were only suggestive. So, we began work on a large NIMH-funded project to study the longer-term consequences of the warnings. We found that the warnings likely caused underuse of essential care, including substantial reductions in antidepressant use and increases in suicide attempts.

Q: Tell us about your findings. Did they surprise you?

A: No. We observed large increases in suicide deaths among adolescents and young adults following the widely publicized FDA antidepressant warnings and reductions in mental health care.

Furthermore, 60–70% of adolescents and young adults with major depression do not receive any mental health care. While inappropriate use is certainly a concern, the major problem appears to be underuse, not overuse.

This data supports a formal reevaluation of the harms and benefits of the antidepressant warnings. The risks of suicide deaths caused by untreated or undertreated major depression following the enactment of the FDA warnings are even more alarming than the risks of suicidal ideation that may be associated with specific antidepressant drugs. We recommend that the current boxed warnings, the FDA’s most severe warnings about a drug or drug class, be lifted entirely or “demoted” to the long list of routine warnings contained in product labeling.

Q: What is unique about this study?

A: This is the first long-term study to investigate whether suicide deaths in the U.S. increased among adolescents and young adults following the antidepressant warnings and the accompanying declines in depression diagnosis and treatment already demonstrated in large quasi-experimental studies.

Q: Your study addresses the increase in suicide deaths, while other studies using the same methods have shown that the warnings caused outcomes that typically precede suicide. Can comparisons be drawn between these studies, especially in relation to the timing and shape of the effects of these studies?

A: Yes. A number of strong interrupted time-series studies (led by Libby, Busch, and Gibbons, to name a few) showed that the warnings reduced diagnoses of major depression, and drug and non-drug mental health treatment; these are intermediate outcomes that predict suicide. This data adds to the evidence of an association between the antidepressant warnings and increased suicide deaths.

The most striking intermediate outcome was the increase in suicide attempts demonstrated by our study in the BMJ in 2014. Our recent study mirrors and supports this earlier study of suicide attempts following the FDA warnings. The only difference is that we documented actual suicide deaths.

Q: Are there implications of your study for policy advocacy at NAMI?

A: To help support the needs of young people with depression, NAMI has an important role to increase awareness that individuals should adhere to psychotherapies and medication treatment as prescribed by their clinicians. We also strongly urge NAMI leadership to help support the FDA’s reevaluation of the antidepressant boxed warnings to convert these severe warnings to routine warnings. Strong data from different rigorous studies are now available to confirm that the existing boxed warnings are causing more harms than benefits, including reduced access to first line psychotherapy and medications, increases in suicide attempts, and increased suicide deaths.

Stephen Soumerai is a professor of Population Medicine and founding and former director of the Division of Health Policy and Insurance Research, and he teaches research methods at Harvard Medical School.

Christine Lu is an associate professor of Population Medicine and applies rigorous quasi-experimental research methods in her research.

Note: This article was originally published in the Spring 2021 issue of the Advocate.

Shop with Amazon Smile. Select Alliance for the Mentally Ill of Greenville when prompted to choose a charity, then shop like you normally would! 0.5% of your purchase will go to NAMI Greenville.
The Surprising Mental Health Benefits of FishingHow Volunteering Improves Mental Health
Scroll to top