Let others know that there is hope and understanding. You can change the way the world sees mental health.

The need to eliminate stigma is nothing new. Fifteen years ago, a U.S. Surgeon General’s Report on Mental Health—the first and only one to date—identified stigma as a public health concern that leads people to “avoid living, socializing or working with, renting to, or employing” individuals with mental illness. Because of stigma, people living with mental health conditions are:

Even worse, individuals living with mental illness often internalize the stigma that exists in our culture, damaging hopes for recovery. Some don’t seek treatment from a mental health professional. Their conditions worsen because they aren’t receiving the support and care they need to recover. Too often, people take their own lives because they don’t hear that they are not alone, that they can recover, and that there is hope.

To change this harmful status quo, NAMI is asking everyone to take our StigmaFree Pledge. Building a movement for change will require commitments from individuals, businesses, organizations, campuses and churches, as well as others.

Once you’ve taken the pledge, consider all the ways you can live StigmaFree in your daily life. Consider becoming more aware of the language you use, choosing to be open about your mental health, or deciding to learn more about mental illness. 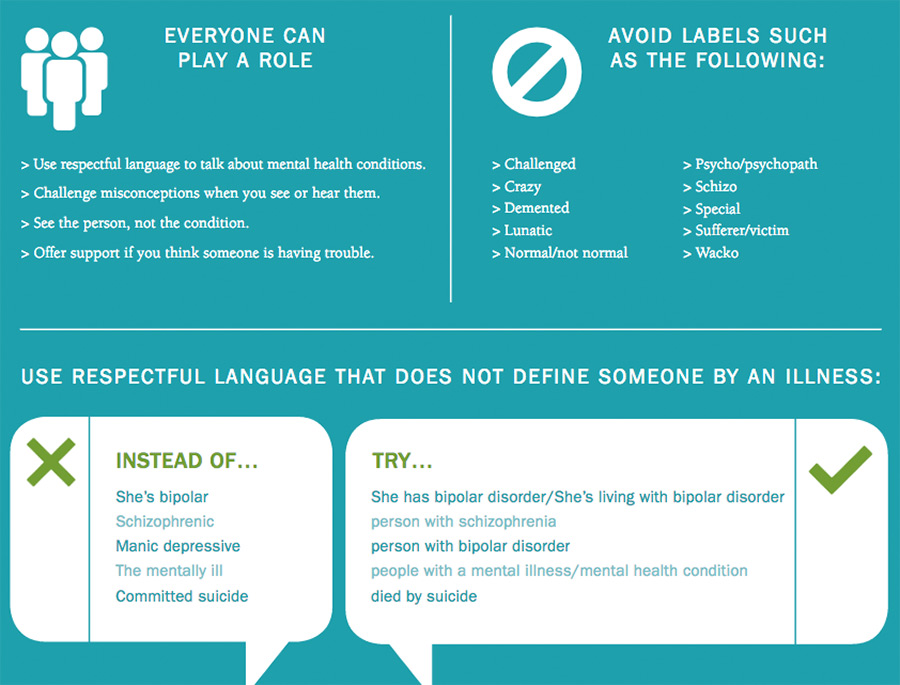 Every day brings new hope. Every day, we have an opportunity to help create a broader understanding of mental health, overcome stereotypes and break down barriers. We can all do a little bit more each day to eliminate stigma and replace it with help and hope.

Help NAMI spread the word. Take the StigmaFree pledge and encourage your family and friends to do the same. This movement is our attempt to reverse the harmful effects of stigma. When you hear someone using stigmatizing language, correct them. If you see someone using misleading stereotypes, educate them. And never forget to see people for who they are, not for how they act during their darkest days.

Together, we will turn the tide on stigma by spreading awareness, support, and understanding for every person who experiences mental illness. Together, we can make a difference for the better.

Support NAMI to help millions of Americans who face mental illness every day.

Keep up with NAMI news and events, or take the next step and become a member.

Inspire others with your message of hope. Show others they are not alone.

Shop with Amazon Smile. Select Alliance for the Mentally Ill of Greenville when prompted to choose a charity, then shop like you normally would! 0.5% of your purchase will go to NAMI Greenville.
Scroll to top