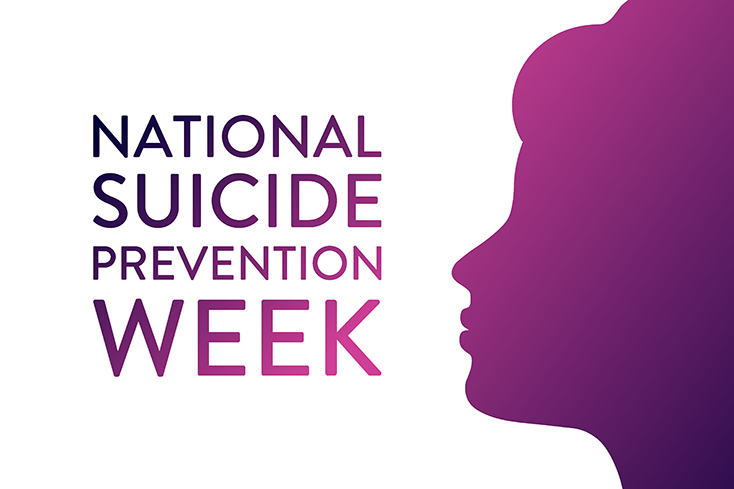 Suicide is a public health crisis.

There is an urgent need to address the causes. Most suicide prevention programs focus on the now — the risk factors, which are essential. However, these programs should also focus on protective factors to have a longer lasting impact on those vulnerable to suicide.

What Are The Risk Factors Of Suicide?

Here are some of the primary risk factors for suicide, which may help us identify at-risk populations and individuals.

A combination of therapy and medication can help address some of these risk factors. But we also need to think about how we can protect the most vulnerable in other ways.

What Are Protective Factors For Suicide?

We often take a “reactive” approach to suicide risk. We identify risk factors and watch for warning signs. But sometimes, by the time warning signs are visible to others, it’s too late. An additional approach that may increase our impact is to identify protective factors that can help shield individuals from becoming at-risk in the first place.

Each person has their own “reasons for living” and recognizing them can be life-saving. The Reasons for Living Scale identifies possible protective factors for suicide, including meaningful relationships with friends and family, survival instincts, excitement about future plans, and the belief that happiness is an important part of life. These protective factors can not only reduce suicide risk, they can be good for general well-being and foster happiness.

During my extended periods of suicidal ideation in my struggles with bipolar, I would often reflect on my reasons for living. I felt that a suicide attempt or death would hurt my family too much, and I would not want them to suffer. I imagined the reactions of my spouse who had stuck by me. I imagined how my parents would take it after lovingly raising me and always being there for me. I imagined them heartbroken and filled with inconsolable grief and blaming themselves. I even thought of my cat, Dude, who never left my side in my darkest moments.

I also feared death. I’d hear examples of suicide in the news and it would heighten my own thoughts, but I ultimately couldn’t go through with it. I was scared of dying and knew deep down I wanted to live.

As I moved towards recovery, I discovered that I did have reasons for living and recovery itself gave me even more. My overwhelming pain and suffering, hopelessness and self-stigma had blinded me to these reasons and possibilities. I finally reached a point where I no longer thought of suicide, but instead recognized all the good in my life.

I realized that I had caring and loving social support, which I learned to accept. While this may not be for everyone, I also — very skeptically at first — learned to have greater faith in a higher power to “take care” of the things I could not control and help me in times of need. As my condition improved, my hope grew. Hope bolstered my belief that I had a future worth living, which I had to seize day-by-day. It would be a future supported by my friends and family.

We need to start coming together and speaking to each other more. We need to nurture and develop protective factors, especially among those closest to us. We need to stop missing opportunities to save lives through more caring and loving action among and between each other.

We can stop suicide, but we have to do it together. Suicide is not only an individual tragedy, it is a collective tragedy, our tragedy.

Katherine Ponte is a mental health advocate, writer and entrepreneur. She is the founder of ForLikeMinds, the first online peer-based support community dedicated to people living with or supporting someone with mental illness, and Bipolar Thriving, a recovery coaching service for caregivers and their loved ones affected by bipolar disorder. She is also the creator of the Psych Ward Greeting Cards program in which she personally shares her recovery experiences and distributes donated greeting cards to patients in psychiatric units. She is in recovery from severe bipolar I disorder with psychosis. She is also on the board of NAMI New York City.

Shop with Amazon Smile. Select Alliance for the Mentally Ill of Greenville when prompted to choose a charity, then shop like you normally would! 0.5% of your purchase will go to NAMI Greenville.
Making the Most of a Psych Ward Stay: Strategies from a Psychiatric Nurse