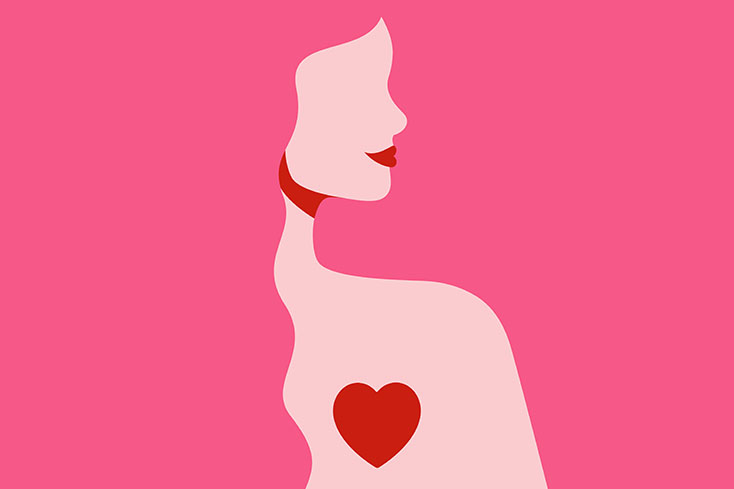 Everything we hear, see and perceive, whether at home, in the media, on the playground, or from a non-affirming religion, can seep inside. Left unaddressed, the harmful stereotypes we have been taught can negatively affect our life and choices. This issue profoundly affects the LGBTQ community.

We’ve all heard messages of queerphobia, or LGBTQ-related bias and fear. Whether hearing the word “gay” used derogatorily or learning about gender identity and expression in exclusionary ways.

After coming out of the closet, I wanted to make a difference in the LGBTQ community’s fight for equality. It became my mission to help change these negative stereotypes.

After almost a decade of doing LGBTQ advocacy work, I realized that my fight to change everyone’s mind about the LGBTQ community was actually an internal fight I was experiencing with myself. Only when I began to peel away the layers did I uncover the pervasive effects of heteronormativity.

I realized that the biggest contribution I could ever make to the LGBTQ community is to become aware of how internalized queerphobia has manifested itself in my life.

What is internalized queerphobia and why is it important to address?

Internalized queerphobia is when we subconsciously absorb shameful messages we learn as children about what it means to be LGBTQ. Once internalized, it becomes shame a person carries inside about themselves, others or the LGBTQ community as a whole — conscious or subconscious. It’s safe to say, the young people in our lives have likely internalized a shameful message about being LGBTQ at some point.

If any of us experiences guilt or shame, we may subconsciously seek punishment. That could look like many things, but includes unhappiness, unhealthy relationships, substance abuse and other self-deprecating behavior. For people who are LGBTQ, the effects of shame are often even more insidious due to time spent in the closet.

In a 2018 American Psychological Association article, Tori DeAngelis wrote, “Many LGBT people continue to struggle with harassment and other forms of social stigma, which research shows is associated with mental health problems.” The article specifically highlights how the shame associated with social stigma is directly connected to the LGBT community’s “higher rates of depression, anxiety, substance use and suicide than their heterosexual and cisgender counterparts.”

It doesn’t matter how “out” an LGBTQ person is, internalized shame can still affect someone if they don’t keep careful watch over their thoughts, feelings, actions and beliefs.

How to overcome internalized shame

When I first started to explore spirituality, the common theme I learned was that spiritual development isn’t so much about trying to understand as much as it is about unlearning.

It wasn’t until the honest conversations I had with myself, though, that my process of unlearning really began. I needed to become willing to be uncomfortable and ask myself difficult questions.

Despite having a strong spiritual foundation, if I go too long without meditating or attending Al-Anon meetings, I fall back into reactive behavior. The same can be said for preventing heteronormativity’s spread of queerphobia.

The process of unlearning is continuous. It’s also a journey of progress, not perfection. As such, part of healing queerphobia, in all its forms, is for members of the LGBTQ community to continue asking ourselves personal questions, like:

While it’s important to hold in my heart the progress our community has made, as someone who is committed to healing queerphobia for future generations, it’s also my desire to lovingly name the individual work each of us can do to create LGBTQ inner-equality.

A friend recently told me that the best tool is to ask questions. He said, “Asking questions helps to increase our level of awareness and broaden our belief system.” Asking questions also inspires action and where there is action, there is opportunity for change.

Whether we’re an LGBTQ ally or member of the community, a powerful question each of us can ask to dismantle fear-based belief systems within ourselves, our families, and our communities, is: If my life was the only book that a young person ever read, what would I want it to teach?

Chris Tompkins is a spiritual life coach, teacher, and TEDx speaker based in Los Angeles, California. Chris teaches social-emotional learning throughout Southern California at high schools, after-school programs, LGBT centers, and LA’s Central Juvenile Hall. Catch up with Chris on his website or find him on Twitter and Instagram.

Shop with Amazon Smile. Select Alliance for the Mentally Ill of Greenville when prompted to choose a charity, then shop like you normally would! 0.5% of your purchase will go to NAMI Greenville.
Breaking the Stigma Within My Culture