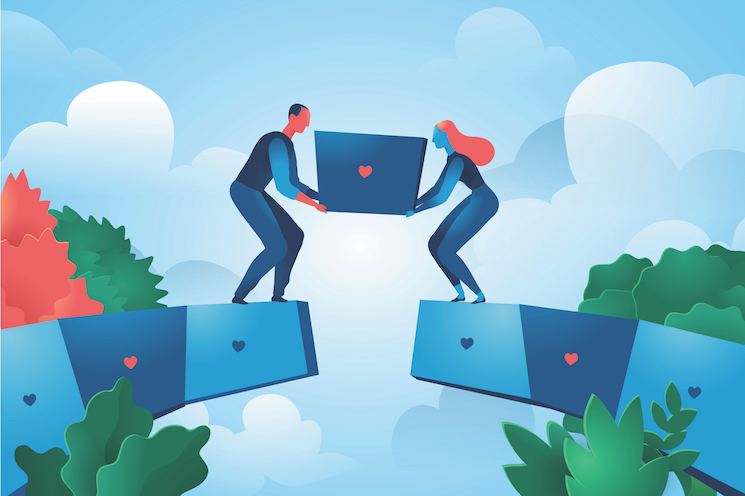 I was raised in a family that was always painfully aware of the disparities between people of color and whites. It made me expect that most people of color will have a harder fight for justice in all areas. So learning about the mental health care gap, for me, was just another addition to the pile of injustices I learned about growing up.

A quick Google search was all I needed to see that there is a problem in the U.S. mental health care system. Particularly, that people of color not only receive less treatment, but also inadequate treatment.

In a search for answers, I scoured the web only to find articles that were no real surprise to me. Here are some of the explanations I found for the significant discrepancies among races when it comes to mental health care.

The poverty gap: People of color are more likely to live under the poverty line and are thus less likely to have insurance or be able to afford proper mental health treatment.

Cultural and racial underrepresentation in the mental health field: People of color make up only 16% of the psychology workforce. Therefore, people of color seeking treatment are less likely to have a provider who understands their cultural background, language and values.

Racism: People of color often face racial discrimination in their everyday lives, and may fear the same racism or cultural insensitivity from health care providers. They may also worry that providers would disregard the real problems caused by such discrimination when discussed in therapy.

Stigma: Stigma about mental illness exists across all populations. However, many minority cultures view mental illness as humiliating, unimportant or a sign of weakness. These views can lead to the decision not to seek psychiatric help.

Criminal justice over treatment: Among the young people served by mental health systems, young people of color are more likely to be referred to the juvenile justice system than white youth.

It is due to all these factors that many people of color distrust the mental health care system and do not believe it can help them on a road to recovery.

However, having been through the mental health care system myself, I believe that this help is something worth fighting for. One of the most important things that allowed me to overcome depression and handle anxiety was that I did not have to do it alone. While it is true that many non-minority therapists have not been trained in understanding other cultures and empathizing with the struggles people of color face, this does not mean they don’t want to try.

For mental health providers or others who want to better serve diverse populations, culturally sensitive care means an understanding of systemic racism — from microaggressions to direct discrimination and harassment.

The Effect of Racism on Mental Health

Facing racial discrimination comes in many forms and can have negative impacts on mental health: from people assuming you have lesser intelligence, to treating your head like a petting zoo. These experiences can all make you feel out of place and have adverse effects on your well-being.

Racial discrimination can lead to:

People who experience extreme events of racial discrimination can develop racial trauma, which can lead to PTSD and worsen symptoms of anxiety or depression.

Additionally, racist offenses do not even have to happen directly to a person for them to be negatively affected. In fact, another study concluded that videos depicting the killing of unarmed Black Americans have adverse mental health impacts on the Black Americans who watched them. These effects lasted for up to three months for many who participated in the study.

The on-screen deaths of George Floyd and Ahmaud Arbery, as well as the attempted framing of Christian Cooper in New York, are difficult to watch for everyone. However, people who have experienced racism firsthand can easily place themselves into the shoes of those who have been killed. People of color are especially vulnerable to lasting impacts from viewing such tragic and discriminatory events.

I have seen video after video of the death or harassment of African Americans, wondering why it happens and feeling hopelessness take over my mind. Sometimes it feels as though only another person of color can understand and empathize.

Why Help is Worth Fighting For

Looking back at my own experience as a young teenager of color, having been referred from therapist to therapist and from one inpatient stay to the next, I felt like the mental health care system failed me. My life seemed to consist of misdiagnoses, singular robotic interviews, involuntary stays at inpatient facilities, disappointed faces and handfuls of prescription medicine.

Many of my exclusively white therapists seemed more eager to prescribe me medicine than to find the root of the issue. I had often wished that I never shared my experiences with anyone and began to resent mental health care workers and the hospitals where they worked. However, I was lucky that I had connections and family in my corner throughout that time, which many people of color do not have.

For therapeutic intervention to be successful for people of color, treatment needs to be equally accessible, empathetic and competent as it is for white people. People of color should feel heard and helped when they seek therapy for the first time rather than feeling like the mental health system is just another reason to give up.

Imani Faber was born in New York and moved to Germany when she was three. Imani is currently attending Bard College Berlin and is working towards a bachelor’s degree in economics, politics and social thought.

Shop with Amazon Smile. Select Alliance for the Mentally Ill of Greenville when prompted to choose a charity, then shop like you normally would! 0.5% of your purchase will go to NAMI Greenville.
Recovering from an Eating Disorder as a Trans Person