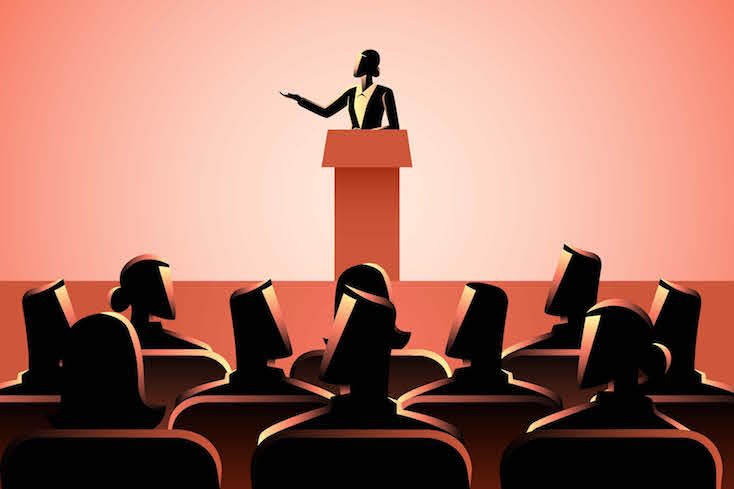 Back in the 1970s, my mother was diagnosed with bipolar disorder. At the time, education on mental illness was lacking. Patients would go into inpatient facilities for months at a time, but once discharged, they were left to fend for themselves. They weren’t referred to outpatient therapists or offered outside classes for coping skills.

My mother presented with signs of severe depression and psychosis that included auditory and visual hallucinations and delusions. She had also attempted suicide several times. Once she was discharged, she was “thrown to the wolves” as they say. And rather than receiving much needed family support, they wanted nothing to do with her.

My family culture considered mental illness shameful, and therefore, they hid it under the rug. Yes, I’m sure a large part of my family’s reaction was due to a lack of knowledge and a fear of the unknown, but she really needed their support more than anything. But, instead, she was told to snap out of it.

When I reached 10 years old, the Department of Children and Families removed me from my home. I didn’t want to leave my mother, but I wasn’t given a choice. I never wanted her to think that I abandoned her. I knew that she was an incredible mother. None of it was her fault.

At this point, my mother now had no one. She was left alone with nobody to support her. Can you imagine being left behind because you have mental illness?

I Was Scared to Show My Symptoms

My grandmother took me in, but I didn’t trust her. I saw her beat my mother one day because she was too depressed to make it to her therapy appointment. I was so afraid that if I ever became symptomatic, my grandmother would treat me the same way.

Sure enough, I had my first bout of depression in my junior year of high school. I was so afraid that my grandmother would find out, I decided to move in with a friend.

My moods then shifted from depression to social anxiety and panic attacks. I would suffer from stomachaches and headaches every day, before and during school. Paranoia then set in that other high schoolers would find out. So, I suppressed these emotions and symptoms. I couldn’t even tell school personnel because I was afraid that even they might look at me differently.

I Was Abandoned by My Family

Later in life, when I had my three children, I thought all my inner struggles would dissipate. They didn’t. In fact, my depression and anxiety only got worse. I was hospitalized several times and given a diagnosis of bipolar disorder — the same as my mother.

After each hospitalization, I went into partial hospitalization, which is a day program that teaches coping skills and mindfulness, among other strategies. Thank goodness they finally have such programs, and that I wasn’t thrown to the wolves the way my mother was.

I was trying so hard to attain wellness through therapy and a lot of hard work, but eventually my moods began to vacillate again. It became quite unbearable for my family, and so we all agreed that it was best for me to temporarily be on my own to focus on my mental health. I also didn’t want my family to experience one more ounce of trauma.

It was supposed to be a trial separation until I achieved stabilization. Instead, my husband served me divorce papers after 20 years. Apparently, my family was at peace without me living at home. I felt so abandoned when I needed them the most. I felt like I was nothing more than a disposable. I imagine it was how my mother felt, too.

I Believe Education is The Answer

My two teenage children have kept away from me for the last few years. My oldest daughter texts me, but she still isn’t ready to be around me. I can’t say blame any one of them, but I also wonder if my children do not see a mother who showed them every ounce of love that I could.

It all became so unbearable that I tried to take my life in December of 2018. I went into inpatient. I was thankfully blessed with two friends who visited me, but none of my family members came to see me. I didn’t receive any get-well cards, flowers or hot meals. Although, had I been in the hospital for a broken leg or cancer, I’m sure I would have received those things.

After this last hospitalization, I decided to finally fight for myself, along with others who live with mental illness. So, I began to volunteer with NAMI and become an In Our Own Voice presenter. I now present at inpatient facilities where I share my story on the struggles of living with a mental illness, along with my hopes and successes.

I want others to know that they are not alone. I want to spread education so that others don’t have to go through what my mother and I both went through. I want everyone to understand that mental illness is not our fault, that we can get better, that you don’t have to abandon us.

It has been over 40 years since my mother was first diagnosed with bipolar disorder. And even though there is now more awareness about mental illness, stigma is still present, and I am going to continue to educate others until there is no stigma left.

Sandy earned a bachelor’s degree in psychology and a master’s degree in mental health counseling with over 15 years of experience in the human services field. She is a certified peer specialist and a NAMI In Our Own Voice presenter. Read her blog at: http://www.bipolarwarriors.com.

Shop with Amazon Smile. Select Alliance for the Mentally Ill of Greenville when prompted to choose a charity, then shop like you normally would! 0.5% of your purchase will go to NAMI Greenville.
The Evolution of the Mental Health Movement